Does Tesla need to dress warmly now? At the Annual General Meeting of the Bavarian car group BMW AG, the Executive Board announced the third model of the i-electric car series with the iNext.

Only one sketch was shown, but from 2021 the all-electric semi-autonomous BMW iNext with a range of up to 750 km is to be launched. Tesla apparently needs to continue to improve because the iNext can safely drive autonomously, according to BMW. Watch a video about the BMW i3 at the end!

BMW iNext travels up to 750 km

According to CEO Harald Krüger, the BMW iNext will be shown as a vision vehicle during the course of the year. The semi-autonomous all-electric vehicle is expected to be available in three years.

In this visionary electric car, all key technologies of future mobility are united. As Krüger points out, it drives fully electric, fully networked and drives in a safe semi-autonomous manner.

The range of the BMW iNext base model will be 550 km and up to 750 km will be the case with a larger battery. In the course of the Annual General Meeting, the Executive Board presented a first preview image of the BMW iNext. 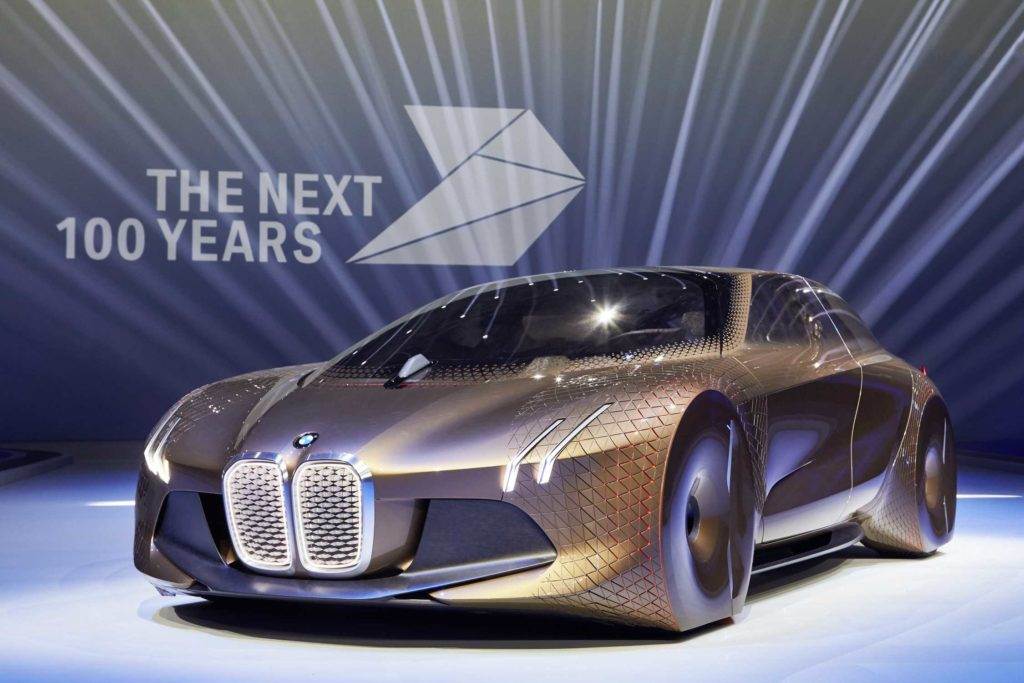 The sketch was shown in a deliberately veiled form, but certain details in the BMW iNext point to a large-capacity sedan or a mixed form of SUV and sedan.

Electric mobility plays an important role for BMW. By 2025, the portfolio is expected to include a total of 25 electric car models. Twelve of these models run purely electric, while the remaining hybrid vehicles are expected to be.

In the current year, the innovative car manufacturer from Munich is targeting sales of at least 140,000 electric cars, including plug-in vehicles. You can look forward to an electric mini. It will be launched in 2019 and an electric version of the BMW X3 is waiting for you in 2020.

BMW CEO Harald Krüger called for a pioneering role in electric mobility at the Annual General Meeting. With regard to autonomous driving, uniform rules are needed and the new 5G mobile standard is needed throughout the EU.

Speaking to Spiegel Online, works council chief Manfred Schoch warned against China’s dominance in electromobility. He called for a joint offensive by the German car industry.

US electric car maker Tesla is seen as a pioneer in electric cars, but is struggling with some accidents involving its autonomous electric cars. Tesla, Autopilot and Accident are the most common words that have been associated with Elon Musk’s company for some time. Added to this is the production bottleneck.

Accidents involving Tesla electric cars have resulted in more injuries and deaths. The semi-autonomous assistance system „Autopilot“ or operator errors are the most causes of accidents.

Critics criticize the term „autopilot“ because this term reinforces a misinterpretation. He would suggest to drivers that it would be a fully autonomous assistance system. Tesla has long been asked to change its name, but so far nothing has happened.

The BMW iNext could become a tough competitor for Tesla if Elon Musk doesn’t get to grips with the problems.

When it comes to electric cars, Germany is a real laughing stock, where car models such as the BMW iNext or the Microlino could help to save the reputation.